TLDR: It didn’t work too well

Having survived with a 5 mega pixel, very cheap, 35mm scanner for a number of years now I have decided that it is finally time to invest in something that produces higher quality images. I have been exploring the confusing world of DPI values and various ‘in scanner’ touch up tools. The strange thing about all of this is that it seems that since the advent of digital photography there don’t seem to have been any major leaps forward in scanning technology, it’s almost as if all the major manufacturers said, “Well, you can scan your film, what more do you want?”. This is means the process of buying a new (old) scanner is actually a very involved review of ancient scanners on ebay – and the requisite trawl through websites that were last updated in 2008 to find reviews. I’ll keep you updated. Anyway, as this fabled scanner may be a rather long way off actually arriving, I thought I’d have a go at seeing what other 35mm-to-digital options there were out there – and first in this series (of probably…two…) is the method I am christening ‘the cardboard cutout’.

At its heart this method basically uses a digital camera to take a picture of the 35mm negative. So, armed with my digital camera and a roll of pictures taken in the Scottish Highlands (that eventually ended up as the ‘Highlands’ photobook) I embarked on my experiments.

Experiment one, simply holding the negative in front of a light source, and taking a picture worked ok. It was too difficult to hold everything in position though, and there were some pretty major bright/dark spots from the uneven light source and because it was fairly bright (too bright!) the image doesn’t really have the contrast we need.

You’ll notice there is a lovely vignette on the image too, this is simply because I used a lens hood for a 50mm lens on a 28mm lens – entirely my fault, and nothing to do with my scansperiment (scanning experiment). The image is a pretty challenging one, a lot of snow, clouds and generally not a huge amount of contrast, but you can see here that even the grass and field borders in the distance are not very well defined. It gives a fairly nice effect – something akin to an old print, but its definitely no improvement over my current scanner.

So for experiment two I cut a negative sized hole in the end of a box, and with some leftover card and tape created a rudimentary negative holder. I then used a piece of tracing paper to diffuse the light-source, and put my camera in the other end of the box. Holding everything still with the box meant I was able to spend a lot more time getting the focus spot on, and could play with the aperture until I had it where I needed – I figured wide open, as I’d be focussing on effectively a very flat plane and wouldn’t need any depth of field at all, would work best.

And the result is improved on attempt one. My ‘negative holder’ gives a nice lumo frame that wouldn’t look out of place as an Instagram filter from five years ago, but the results are still far from optimum.

The tracing paper solved the issue of the very bright spots though, and the contrast is much better (it is a more contrast-y image anyway, but it definitely helped. Its also much sharper, probably because of the extra attention I could pay to focusing.

I did some playing around with one of the images, cropped it and worked on the contrast, and the conclusion – a new film scanner is still required! You can see the rest of my images on this roll below anyway. I’d post a picture of my cardboard cutout scanner, but it went in the recycling as soon as the experiment was over. 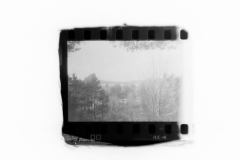 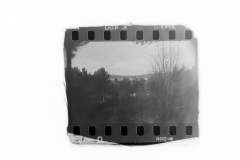 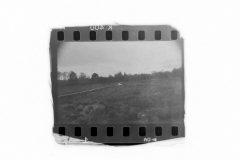 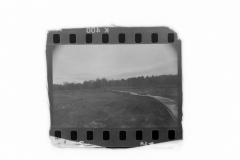 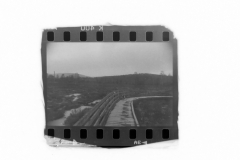 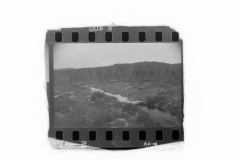 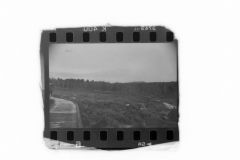 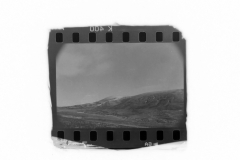 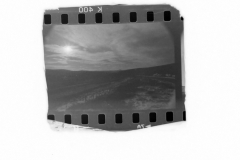 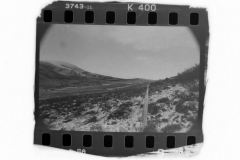 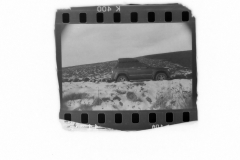 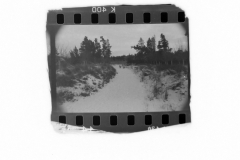 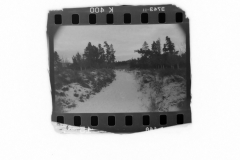 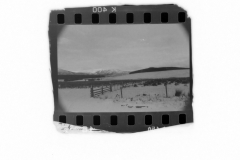 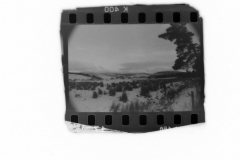 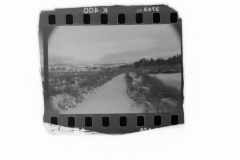 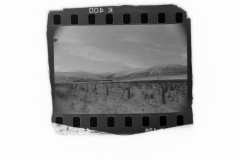 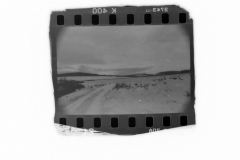 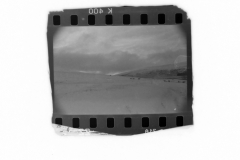 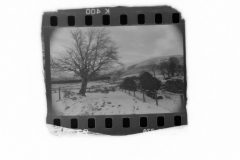 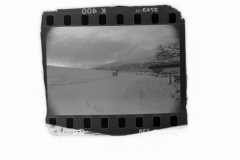 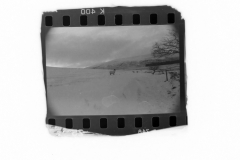 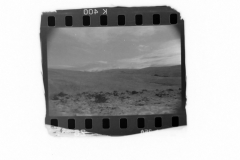 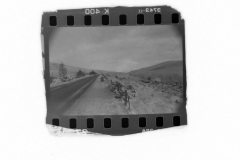 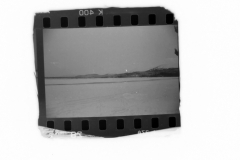 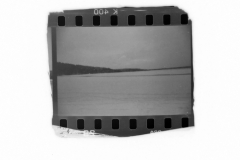 Review: The Great Wall
My First Roll of 35mm Film