TLDR: I over exposed a film by a huge amount, but it turned out ok.

Whenever possible, I get my film supplies from Parallax in Brixton – they are wonderful, knowledgeable, and the pricing is competitive. They are also not open over the holidays. So, with precious few days remaining before jetting (metaphorically, in reality we drove) off to sunny Cornwall for a few days, I needed to find somewhere else to get a few rolls of film.

I ventured out with no particular place in mind, but aware that if all was lost I could stop at snappy-snaps and pay £8 for a roll of HP5. On my journey I walked past the Lumography store in Soho and wandered in. I have never considered purchasing anything from lumo (I am not sure about spending that much money on a camera made of plastic that makes your film look like an Instagram filter). I ended up purchasing three rolls of ‘Lady Grey’ for what I believed to be the not completely unreasonable price of £16. Some internet searching later reveals that Lumography Lady Grey is re-labelled Fomapan 400, so £16 is completely unreasonable. Thoughts about the plastic camera shop confirmed.

The story really begins with the realisation that Lady Grey is not DX coded, no surprises there given that the Foma isn’t either, although it is beyond me as to why anyone is making film without DX coding. My camera assumed an ISO of 100 for non-dx coded film, so loading the 400 ISO should simply have involved setting the exposure compensation down two stops to make sure everything was going to work correctly.

However, holiday over excitement led to me doing the exact opposite, and accidently setting the exposure compensation to +2. Now my camera was not only exposing for a 100 ISO film, it was adding another two stops of exposure. I didn’t notice anything amiss until I got towards the end of the film and the day began to become darker – then the noticeable amount of time the shutter was open for each shot became apparent. By this time though I only had a couple more frames to shoot, so I left everything as it was and decided to see what happened when I developed the film.

The result really should be massively over exposed images. Developing the film normally would be an extremely risky strategy – pulling a couple of stops, no problem, but pulling so many that I am not actually sure what ISO the camera was shooting for (something less than 25?) would require a different approach. As the developing time for 400 films is relatively short anyway, reducing this didn’t seem viable, so I decided to do a stand development with a reduced amount of developer. So I mixed up a 1/100 dilution of Rodinol then left the film swimming for about half an hour. This was entirely unscientifically based on dividing the 120 minutes that ISO 400 would take at 1/100 by four. 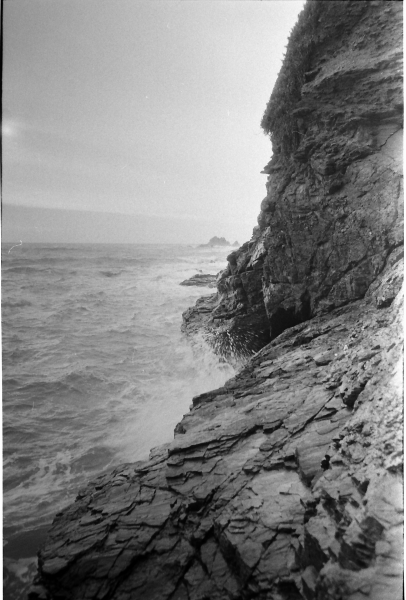 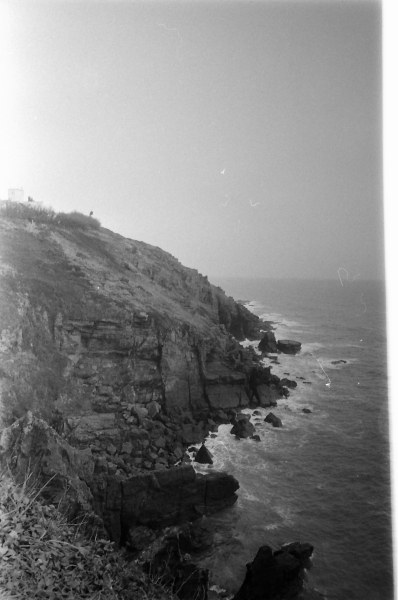 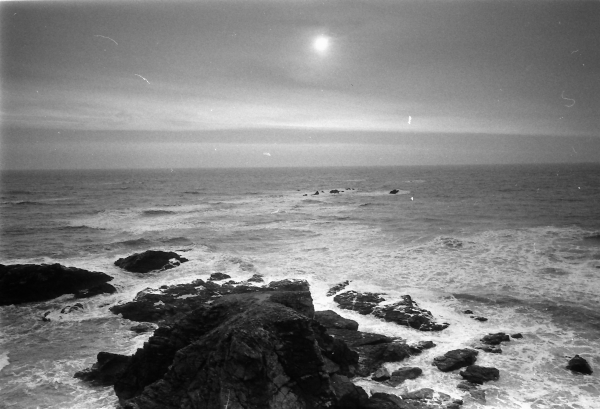 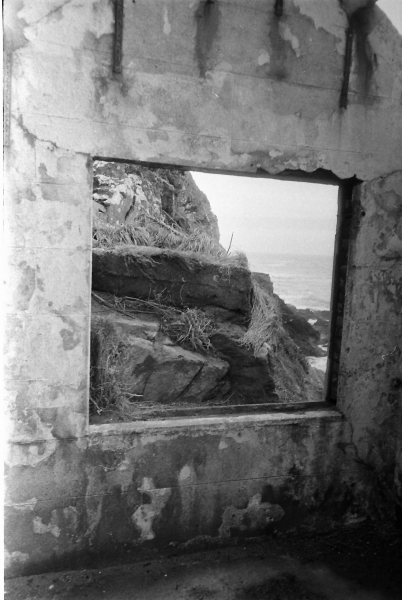 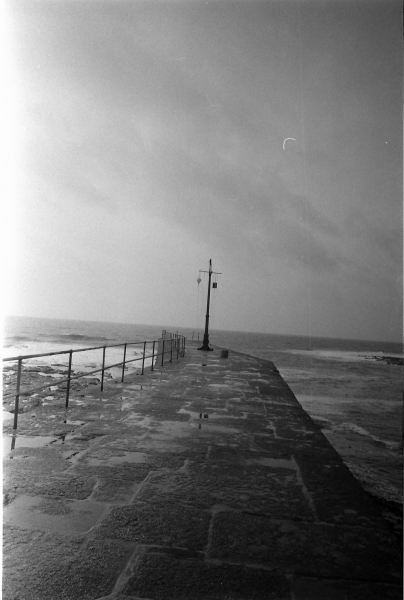 What is kind of amazing though is the tolerance the film has to over exposure, and even with a completely experimental development process, how forgiving the film has been. There are at least a few frames of perfectly usable images – I took the whole roll to the darkroom yesterday and there is still more than enough detail left to make some nice prints. What is perhaps helpful is that some of my favourite images were shot in some lovely hazy weather, into some ‘sort of’ sunshine. Perhaps the print I got from the frame below isn’t perfect, but it is certainly evocative. You can buy a copy if you like.

In conclusion – Lady Gray – it’s an ok film in an emergency, though it costs  more per roll than Foma 400. Check your camera settings carefully before you start shooting. Don’t give up hope on something that hasn’t been shot as it should be, it’s a perfect opportunity to try out something new in the development process.